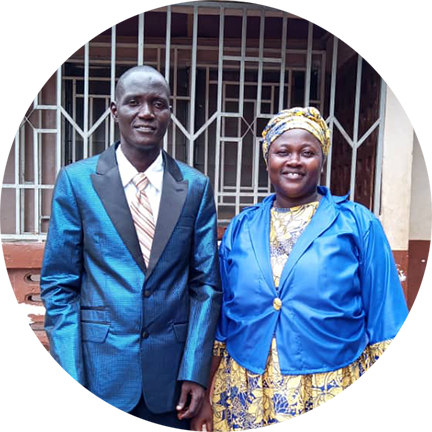 A brief timeline will help put things in perspective:

2000 - Pastor Alpha Bangura, his wife Doris, and brother Osman began assisting orphans is various capacities
2006 - Mercy Home Orphanage in Waterloo was established
2012 - A small group of believers from a church in California began to support the work in Sierra Leone.
2014 - While in Boise, a member of the California team met with leadership at Calvary Boise to share the vision and potential partnership.
2015 - A small missionary team from Calvary Chapel, led by Pastor Reggie Etheridge, visited the fledgling orphanage.

The love of Christ was evident in the lives of the children, as well as the orphanage director, Pastor Alpha. Rather than establishing a place for orphans to live while they wait to either grow into adulthood or be adopted, Alpha had created a large family with siblings who loved one another unconditionally. When the Calvary team returned home from Sierra Leone, they sought to meet the need of these orphans and of the Banguras to be properly supported. View the most recent video update.

Civil war ravaged Sierra Leone for more than a decade. When it ended in 2002 the nation was brutally decimated. In 2014 the West Africa Ebola epidemic further ravaged the population. Today Sierra Leone is among the world’s five poorest countries. It’s home to a disproportionate number of orphans as well as desperate adults whose own children beg for food. Calvary Boise works with other Christian organizations to help alleviate overwhelming pain and replace it with the hope and love of Jesus. Pray that we will have great wisdom in knowing how to proceed especially regarding the establishment of more partnerships.