"All authority in heaven and on earth has been given to me. Go therefore and make disciples of all nations, baptizing them in the name of the Father and of the Son and of the Holy Spirit, teaching them to observe all that I have commanded you. And behold, I am with you always, to the end of the age." –Matthew 28:18-20

Jesus Christ calls and empowers His church to follow His example and bring God’s Kingdom to Earth. Because we want to live like Him and follow His Holy Spirit we are dedicated to equipping saints to preach the Gospel and make disciples. We also believe in the imperative to do this in the context of the mission He gave us. Therefore Calvary Boise is dedicated to both send missionaries and being sent to people who haven’t heard the Gospel—in our community, nation, and throughout the world.

Below are the mission fields that currently concern us: 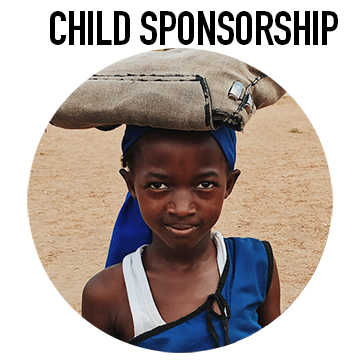 Civil war ravaged Sierra Leone for more than a decade. When it ended in 2002 the nation was brutally decimated. In 2014 the West Africa Ebola epidemic further ravaged the population. Today Sierra Leone is among the world’s five poorest countries. It’s home to a disproportionate number of orphans as well as desperate adults whose own children beg for food. Calvary Boise works with other Christian organizations to help alleviate overwhelming pain and replace it with the hope and love of Jesus. Pray that we will have great wisdom in knowing how to proceed especially regarding the establishment of more partnerships.

CANADA
Vancouver—Canada’s third largest city—is a beautiful, prosperous community nestled beneath British Columbia’s coastal mountains. People from all over the world make up its population. English is a second-language for 52% of Vancouver’s 2.4 million residents. On the surface it appears that Vancouver has it all. But its citizens desperately need Jesus Christ. Less than 5% of the population identifies as Christian. Most people embrace and even celebrate atheism and secular humanism. In 2014, Marlon and Becca Brown left Boise to bring the truth of the Gospel to this hard mission field. Pray that God will enable them to change hearts and bring awakening.

GERMANY
Europe today resembles Athens in Paul’s time. It’s a decisive arena where battles are waged for the minds and hearts of the world. Berlin, with its 3.5 million people, serves as a global intersection for the creative arts. Media-makers, musicians, and culture-shapers have a central place in the city scene and profoundly impact the globe. As the great missionary statesman, Oswald J. Smith, put it: "To neglect Europe is to neglect the world." Idaho native Dr. Clark Peddicord and his wife Ann bring truth to people who pride themselves on having evolved beyond a need for faith. Ask God to help them effectively minister to the students, educators and other knowledge seekers the Lord brings their way.

ITALY
Materialism, humanism, and idolatrous worship are great cultural strongholds in Italy. Most people are cynical and disillusioned when it comes to God. Spiritual bondage grips the nation. But the greater the darkness, the brighter the light shines. Almost 20 years ago, Calvary Boise sent Brent and Hope Harrell to Rome. They minister to some of Italy’s most economically impoverished and spiritual deprived people and have seen God do marvelous things. Seven churches are established. A Bible College trains new believers for the mission field. Pray that God will send more laborers and will continue to call and equip local missionaries and pastors. The fields remain ripe.

MÉXICO
A mere 3% of Mexicans consider themselves Protestant Christians. Furthermore, The Catholicism most people embrace is mingled with indigenous rituals and superstitions. Calvary Boise desires to see the true Gospel of God preached and believed in México. So, in 2012 after many years of short-term mission trips, God opened the doors for Calvary to pursue more focused long-term outreaches. Now, our missionaries minister to three Mexican communities: Saul and Angela Alvarez are in Tepic, Miguel and Luisa Cruz are in Buenavista and Rachel (Barber) Garduño serves with her husband Pato in Semilla de mostaza Santa Monica. Please pray for much fruit and also for God's perfect provision for the work. 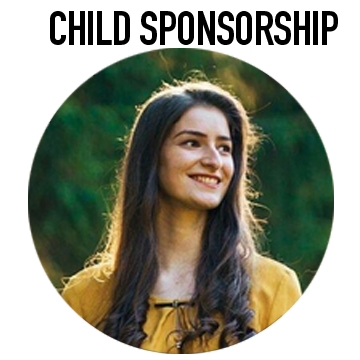 If you were to ask a group of average Romanians if they are Christian, they would respond with, “Of course we are. We are Romanian.” About 87% of the population is Romanian Orthodox, but their religion is more a social identity than a life-changing relationship with Jesus Christ. In this warm, welcoming culture it is vital that missionaries get to know individuals personally. With that in mind Calvary Boise sent Brian and Cynthia Fouts and Natalie Bridges, who ministers with them, to Bistrita a north-central city with a population of about 80,000. The Foutses pastor a church while Natalie works in an orphanage. Everything they do aims to point people to Christ.

SLOVENIA
Slovenia, the land where the Alps begin, is full of beautiful lakes, enormous underground cave systems, and castles dating back to the 10th century. It’s history with God’s Word is as rich as the landscape. Historically, it is ranked as the 12th nation in the world to have a complete Bible translation. To this day it is considered a “Christian nation.” About 60% of the population claim Catholic beliefs or heritage. However a mere handful pursue a personal relationship with Christ. Like Romanians, they are simply cultural Christians. Recent statistics show that there are only about 2,000 new believers in Evangelical churches across this nation of 2 million people. Ales Lajlar, a native Slovene pastor and his wife Whitney, who is from Idaho, labor to reveal the truth of Christ’s salvation to a resistant people.

GLOBAL MISSIONS GENERAL FUND
If you are uncertain which area you would like to support, please consider giving to our Global Missions fund which disperses money to the area of greatest need.

INTERNATIONAL REFUGEES
Famines, wars, epidemics, and natural disasters have displaced people from throughout the world. Some of them have been relocated in Boise, Idaho—a place most never heard of until it became their new home. Their resettlement offers opportunity for Calvary Boise’s church family to share the love of Christ and the Gospel to the “foreigner and stranger among us.” Our desire is to serve refugees through family partnership and mentorship and by partnering with other local ministries and organizations. We want to help meet their practical needs, assist them in becoming self-sufficient in a foreign culture, and above all equip them to know Christ and grow spiritually.

The first recommended step is to take the refugee training class from our ministry partner Glocal. They have developed a three-hour class that helps understand and identify with refugees so we can come along side and best serve them. It is a blessed time and challenging experience. It is also extremely helpful.

After the training, we’d love to plug you in where you are feeling led. There are a few avenues to serve in currently – but this obviously isn’t the limit: 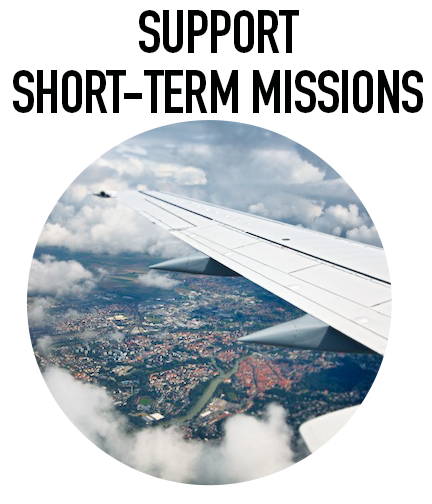 Each short-term mission trip should provide long-term benefit to Christ’s Church both locally and abroad by achieving the following four-fold objective:

There are three types of short-term missions:

Calvary Boise is committed to long-term partnerships with a variety of local, domestic, and international ministries and church plants. To accomplish these objectives in relation to each mission outreach, locations are rotated to reoccur every three-to-five years. Therefore, not all mission trips are offered each year.

We desire to disciple believers at Calvary Boise in a way that lifts up Christ and His Great Commission so that the natural result is an emphasis on long-term missions. We want to send preachers of the Gospel on a long-term basis to make disciples among those who currently have little-to-no knowledge of Christ or existing Bible-teaching churches. Everyone can participate in this important cause by helping meet missionaries’ needs and supporting them with prayer.

If you would like more information about our missions or have a heart to be sent as a long-term missionary please contact missions@calvaryboise.com.

In order to effectively and healthily send our global missionaries, we are building sending teams around each missionary to provide the financial, prayer, and logistical support they need. These teams commit to a period of service and meet up regularly to fellowship and pray for their missionary. To join a team and support a missionary, please contact missions@calvaryboise.com.

Pray on the go by following @global.missions on Instagram for daily prayer requests and updates from our missionaries.

Pray with others during Missions Prayer, Thursdays at 7pm in the west cry room.